I drew from the names and Jim Harrington popped up. Please contact me regarding a prize. Thanks to all who played in my yard today. 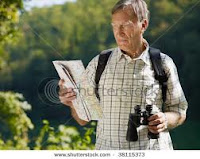 A drabble is a one-hundred word story. Write one based one of these three pictures--or go your own way.

Here are the stories. At the end of the day, I will draw one for a prize.
Kieran Shea


Blindfolds yanked, Walter Cronkite and Captain Kangaroo find themselves in a boxing ring. Lights doused, the smoky abyss roars around them.

The referee taps their gloves.

An uppercut lifts Cronkite up and then down to the canvas. Captain Kangaroo removes his mouth guard and heaves.

I was more lost with the map than I was without it. Smartphones were supposed to keep you out of crap like this. I saw a show once where the survivalist dude smashed his binoculars to get the lenses out so he could start a fire. I don't need a fire, I need the binoculars.

But only if I can find the damned house before someone finds me. Which is ironic considering I was looking for people out here I couldn't find. Maybe I should give the money back, forget the job.

I'd still need to find my car, though.

“Bank’s open till noon,” Ferguson said. “Good a time as any.”

“Still got the costumes?”

“If they fit. Been living the good life since Tucson.”

By ten, the streets were filling with people.

“Didn’t notice Dalmatians and poodles on the billboard,” Ferguson said as they fled, looking at the parade of costumed dogs

“Where you clowns think you’re going?” the cop asked, hand coming down on their collars.

The doctor glanced at his watch. "They look fine but surgery will takecare of everything, anyway."

She shrugged, he must be right.

Soon after the operation her big toe disappeared. In rapid succession the little toes followed. By the time she saw the doctor again, her ankle had disappeared.

He checked his clipboard, "Color good, breathing normal." He patted her shoulder, congratulating both of them on the recovery.

That night in the shower watching her thigh disappear, she smiled. She was fine. Really.

Oh, I thought we had to read something by Margaret Drabble! My mistake.

/Closes copy of A SUMMER BIRDCAGE.

One of my favorites.

So far these are really good. I like the first one in particular.

I liked Drabble's biography of Arnold Bennett, better than I like Bennett to be honest.

Oh, yes. That was excellent.

Apparently, Drabble and her sister A.S. Byatt have a Joan Fontaine-Olivia de Havilland feud going on.

I'm not surprised. Such different styles.

Patti, thanks for this challenging opportunity. I had fun writing it. In terms of reading, a drabble weekend ahead. I have never read Margaret Drabble and I didn't know she was A.S. Byatt's sister. I am familiar with Byatt's work, only just.

All three are damned fine but the fat toes really gets to me. Beaut.

Clowns! Hilarious.
Thanks for setting this challenge up. As always, a lot of fun.

am i too late?


Blindfolds yanked, Walter Cronkite and Captain Kangaroo find themselves in a boxing ring. Lights doused, the smoky abyss roars around them.

The referee taps their gloves.

An uppercut lifts Cronkite up and then down to the canvas. Captain Kangaroo removes his mouth guard and heaves.

rode my bike by THE FLANDERS HOTEL this a.m.

It has occurred to me that I will never see OC again. Never smell salt, french fries, fudge and funnel cakes wafting across the boardwalk. Never get to ride a bike a.m. before ten down those boards. Never play miniature golf or grab for the brass ring. Too bad.

But I am going to La Jolla for six weeks in January. So I will do my surfing there.

Great stories, love the clown line. Thanks for posting mine, Patti.
Michel

Oh, I loved all of these, Patti! They all made me chuckle. Excellent drabbles!

Good stories from everyone. There's some real talent out there!

Good response. Sorry I've been too out of it when not (and too often when) working to participate.

Kieren, a matchup right out of my childhood--and one I'd never have thought of, but perfect.

Rick, i think that is pretty much how it would be for me if I decided to undertake a life of crime.

Oh, and Al, since I can't find a place to comment on your blog--nice grim tale, with a groaner of a punchline. And I mean that in a good way.

Love the last line of your piece, Patti.