Imagine celebrating Thanksgiving in a week where you also saw two productions of your plays and then dying at age 91. (Maybe Jeff was at the same performance). What a blessing.

Sondheim has always been a bit of a struggle. I think music in general is a weakness for me. So although I can admire his versatility with lyrics/words I still yearn (too much) for a tune to hum. I watched Sweeney Todd for the first time last night and was astonished at how dark it was. How Sweeney never got to redeem himself, right to the end. Is there a darker story? I downloaded a biography of him (by Meryle Secrest) and am determined to get him more. He actually lived in the same town as Phil for a while. 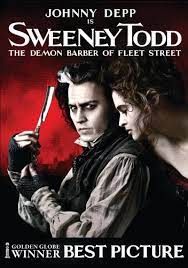 Reading ANYTHING IS POSSIBLE by Elizabeth Strout. Just can't seem to get enough of her. 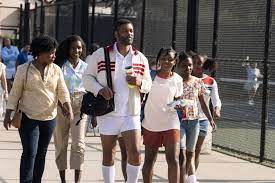 Watched KING RICHARD, which I liked more than I expected to. What a strange and interesting man.

Listening to DEAD EYES, a podcast about an actor who was fired from a Tom Hanks miniseries because Hanks claimed he had dead eyes. This is is exploration of that comment. I listen to podcasts a lot. Mostly ones about books, movies, TV. I have given up on all the political ones.

A nice Thanksgiving, playing games and laughing although I ran out of steam. Apparently that surgery a week ago takes longer to recover from than I expected.

What about you? Tired of turkey?

Not tired of turkey since I had left over pizza for Thanksgiving. All my kids were either working or at their in laws so I just stayed home and watched another dismal Detroit Lions game.
My cataract surgery last Monday went smoothly but I haven't noticed much improvement. Colors are a bit brighter but my vision is still blurry in that eye.
Read and liked the new William Boyle novel Shoot the Moonlight Out. Been reading A Maze For Minotaur a short story collection by Reggie Oliver. He is a British writer of horror stories much like Robert Aickman or M. R. James. Also reading The Last Mona Lisa by Jonathan Satlofer.
Didn't make it to any movies this week but rewatched some favorites-Cinema Paradiso, Ragtime ; Nightmare Alley and Ride the High Country. On tv mostly true crime programs and Curb Your Enthusiasm.

Sondheim's death is a real loss, Patti... Hope you continue to recover, and that you feel more like yourself really soon!

You may get some gradual improvement over time, Steve. That's why they don't give you a new prescription right away. The Humans looks good. I didn't realize it was a horror movie until I read an article this morning.
Thanks, Margot. I hope so.

No, not the same performance, but quite a coincidence. Sondheim went to see the new productions of ASSASSINS and COMPANY just a week before he died. We saw the latter on my birthday, last Wednesday. Very interesting production. I was quite surprised that the theater was sold out for a Wednesday matinee PREVIEW performance the day before Thanksgiving, for a show not opening officially until December 8. I guess maybe New Yorkers (or some of us) are starved for theater (at least some theater) after all.

Oh yeah, SWEENEY was very dark. I wish you had seen it on stage, especially with Angela Lansbury and Len Cariou. We've seen it four times. We saw it in March of 1979, then went again that summer with my mother when she was here for a visit that summer. Then we saw it in London the following year, with Denis Quilley and Sheila Hancock. Finally there was the 2005 Broadway revival with Patti Lupone and Michael Cerveris. That was the more minimalist production where each of the cast members played instruments too.

The other highlight of the week: in an hour we're leaving to meet George and Diane and their kids for brunch at my cousin DeDe's restaurant in the city.

Thursday we are leaving for five nights in New Orleans (really not feeling comfortable about getting on a plane, but...) and we'll be spending Saturday with Deb & her family.

So, quite a busy period for us home bodies. The weather has been too cold lately, but at least it's dry. I've been having trouble getting into a book other than short stories and non fiction.

We finished DALGLEISH (I thought Bertie Carvel did a nice job), the Swedish BEFORE WE DIE (there is now a British version too), and THE END. Almost caught up on MONEY HEIST. Enjoying YELLOWJACKETS so far. Two more episodes of RAGNAROK (Norwegian) to go.

Have a safe week.

We watched PASSING. Like you, I was very impressed with the job Rebecca Hall did. We saw HUMANS on Broadway and recorded the movie.

There ws no school last week so we were relieved of driving Jack to school each morning. Got to sleep in a little later. Yay!

Had an enjoyable Thanksgiving at Christina's house with the entire family except Ceili, who had gone to a Friendsgiving. Walt did most of the cooking: Beef stew, Chicken from a Phillipino recipe he had found, some sort of beef dish from a Portugese recipe he had found, mashed pottoes, squash, turnips, asparus, dressing, mac and cheese. a brocolli and cauliflower dish, cranberry sauce, stuffing, rolls, and two types of gravy. Kitty made peppermint browniess and a pumpkin mousse. Everyone ate too much. We had a lot to be thankful for.

George had promised to send me some books by Stanislaw Lem, but Diane evidently moved the box that had the books to get at some Christmas ornaments. George is searching for the box now, but since George has all the books in the world, it will take some time. As a consolation, he sent me a package of some really nifty books to hold me over until he finds the Lam book. I'm already close to finishing one of the books -- a 569-page retrospective of 42 short stories by Robert Sheckley; so much fun. I also read a Sprague de Camp anthology, 3000 YEARS OF FANTASY AND SCIENCE FICTION; a solid but diffuse anthology, to me the best part being deCamp's original abridged translation of Cyrano's VOYAGE TO THE MOON, a book that has been on my GottaReadSomeDay list. Also read two 3 INVESTIGATORS YA mysteries by "William Arden" (Dennis Lynds), and Andre Norton science fiction book, Sophie Hannah's fourth Hercule Poirot novel (meh), and a Marvel Comics graphic novel (SECRET WAR; one of those Let's Throw Everything Into the Pot and See What Happens series; what happened was meh). Comoing up are the new Joe R. Lansdale, the Library of America's Raymond Chandler volume, a Man from U.N.C.L.E. novel, and two more 3 Investigator books.

A lot of forgettable movies on the streaming services. One that we actually enjoyed was AMERICAN ASSASSIN, a flick based on Vince Flynn's first Mitch Rapp novel. We're watching the weekly episodes of HAWKEYE, THE WHEEL OF TIME, LA BREA, and BIG SKY, with my favorite (after only two episodes) being HAWKEYE, mostly because of Hailee Steinfeld's character.

Still having problems with my mouth **sigh**

Beyond that, and some excessive tiredness, all mis going well here. Some day I may be able to get back to blogging on a regular basis. (It looks like today's post will appeaar tomorrow **another sigh**)

Glad it seems things are going better for you. Keep it up, and have a gret week, Patti!

We had a full first part of the day today, with a doctor's appointment and some shopping, and lunch out. So by the time we were home I forgot what day it was.

We did watch some good films last week, we always watch several on Thanksgiving and the day after. We watched SCROOGED, WILLY WONKA AND THE CHOCOLATE FACTORY, FROM RUSSIA WITH LOVE, and THE INVISIBLE MAN.

Glen is still having problems with his eyes. Mostly due to his retinal issues, he has "wrinkles" in both eyes that obscure vision. He has an appointment with his retina specialist on Wednesday, but I don't hold much hope for that, the last retina surgery he had did not improve things. He got new reading glasses, with prisms, which made his double vision worse not better. So he has an appointment with the optometrist on Friday.

A good Thanksgiving for our family. Only the four is us and 1,000+ miles of driving for two visits to MN-and-back to recover and return Boy #1. My wife was very happy to have him back home for several days.

I listened to a biography of The Kids In The Hall, ONE DUMB GUY by Pau Myers. The book was decent but did not dig as deep as I would have liked. At one stage performance Scott Thompson accidentally rolled off the stage and fell 20 feet to a concrete floor. A few years later they were filming their mini-series DEATH COMES TO TOWN and Thompson was undergoing rough cancer treatments and somehow battled through the full shoot.

COYOTES OF CARTHAGE by Steven Wright was pretty good. A political campaign consultant goes to rural South Carolina to secretly move a mining company into being able to purchase public land and start strip mining. The novel is cases' first and there are some rough spots, but the storyline of the amoral tactics and the protagonist's life on the road was fascinating.

I've been watching THE MAGICIANS on Netflix. Not that great a show but I can miss a scene and not care. I've only watched the first 10-15 minutes of the Beatles documentary but will get back to it.

Patti, we had a great time in NYC visiting Patrick (and his new apartment). Patrick, Katie, and friends prepared a wonderful Thanksgiving feast for us! We saw TINA, The Rockettes, and SIX. Brunch with Jeff and Jackie Meyerson was fun and delicious!

Diane and her Book Club read ANYTHING IS POSSIBLE by Elizabeth Strout and loved it.

We returned home to chilly weather and snow. We enjoyed our trip to NYC, but we're glad to be home.

Watch out for Omicron! Stay safe!

Got boosted late Monday morning and the J&J shot is hitting me way harder this time than the deal back in April. Scott is doing pretty good with just fatigue and some arm pain. For me, the chills started early that afternoon and things feel like a major case of the flu.

No reading. Some tv watching.