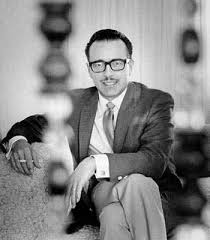 Prather was born in Santa Ana, California. He served in the United States Merchant Marine during World War II. In 1945 year he married Tina Hager and began working as a civilian chief clerk of surplus property at March Air Force Base in Riverside, California. He left that job to become a full-time writer in 1949. The first Shell Scott mystery, 'Case of the Vanishing Beauty' was published in 1950. It would be the start of a long series that numbered more than three dozen titles featuring the Shell Scott character.

Prather had a disagreement with his publisher in the 1970s and sued them in 1975. He gave up writing for several years and grew avocados. However in 1986 he returned with 'The Amber Effect'. Prather's final book, 'Shellshock', was published in hardcover in 1987 by Tor Books.

At the time of his death in 2007, he had completed his final Shell Scott Mystery novel, 'The Death Gods'. It was published October 2011 by Pendleton Artists.

Prather served twice on the Board of Directors of the Mystery Writers of America. Additionally Prather received the Shamus Award, "The Eye" (Lifetime achievment award) in 1986.

Guest at a lavish party intended to promote and sell a new development in Laguna Beach called Laguna Paradise, “1500 acres…complete with paved roads, underground utilities, an eighteen-hole golf course, subdivisions containing hundreds of king-size lots, and two dozen model homes ready and waiting for anybody with lots of money,” private detective Shell Scott is enjoying the drinks and the view—especially the view of a couple of the models hired to help with the promotion.

The party’s hosts are Scott’s long-time friend Jim Paradise and his partner, Adam Preston. Scott has no reason to expect any trouble until he sees a mobster-type, whom he recognizes but can’t immediately name, talking to Preston, and with whom he subsequently has a brief unfriendly encounter. Later in the evening, Scott, Jim and the two models, Eve and Laurie, have a private party at Jim’s home that culminates in a game of strip poker. But just as things are getting interesting, word comes that Adam Preston has been murdered. Still later, an attempt is made on Jim’s life, and Scott voluntarily enmeshes himself in a case that centers around Brea Island, just off the California coast, which Adam Preston apparently owned and on which he and Jim hoped to build yet another development called Paradise Island. Brea is also the home to Handi-Foods, Inc., a manufacturer of baby food owned by Horace Lorimer and, as Scott eventually learns, managed by a hood named Louis H. (Lou the Greek) Grecian.

The deeper he digs, the more Scott finds that appearances, human and non-human, are misleading in this short (159-paged), fast-paced novel. Although I found it generally diverting, as most of the author’s works are, I could have done without the diatribes against California’s drug laws, unions, and progressive taxation, the first of which comes directly from Scott, the latter two from businessmen he says he agrees with, and all of which, most likely, reflect the author’s personal views. But at least they’re extremely brief, especially in contrast to the tedious chapters-long screeds in The Death Gods.

Joker in the Deck does not contain as much of the screwball comedy found in other titles in the Shell Scott series, but does it contain just a smidge toward the climax in a sequence involving a seaplane. (And that may well be the only time in my life I’ve ever used the word smidge, orally or in writing.) I wouldn’t rate it one of the great Shell Scott novels, but it is a quick and entertaining mystery story.

This is my first Richard S. Prather novel. Throughout I tried to compare him with other writers of that time or any time and was unable to successfully do that. There's a little bit of a lot of other PIs in Shell Scott, but he is mostly himself. Yes, you can see threads of Jack Reacher, Travis McGee and Hoke Mosley here and there but the tongue in cheek writing and the quick pace is mostly original (I think).

In ALWAYS LEAVE 'EM DYING from 1954, Shell is hired to find a girl named Felicity Gifford, who has hooked up with a bizarre cult run by a man named Trammel. Shell Scott knows enough about Trammel to be immediately mistrustful of that involvement. Her mother (and everyone who knows her) paints a picture of a perfect young woman so how did she hook up with this guy?

Shell starts his investigation where Felicity was employed. She worked at Greenhaven Hospital. Greenhaven is a psychiatric hospital where Shell is almost immediately drawn into a long chase. (Clearly Prather's real talent is in keeping things moving and there is little pause in this novel.)

Shell’s involvement with a patient at Greenhaven leads the doctors to the conclusion he is a new admission, so they drug him and crack his skull. Mid-century mental health practices not withstanding. Shell tries to escape, only to stumble upon a dead body being carried out.. But also he witnesses the death of the cult leader and his return to life three days later. Shell has to not only prove he is not crazy, but solve the missing person case, which has a lot to do with this cult.

Prather is a fun and fast read throughout although this is very far from my usual type of crime fiction stories. Turning out books at a furious pace must have been the way Prather could make a living.He knew how to do it, I think.

Don't believe I've read anything by Prather. I should give him a go

Patti, my FFB of Shell Scott's FIND THIS WOMAN is up. Glad to be part of the rediscovery of Richard Prather!

As usual, my FFB review went up at 12:30 am my time. I am also part of the Prather day as my review is on THE CHEIM MANUSCRIPT at http://kevintipplescorner.blogspot.com/2016/01/ffb-review-cheim-maunscript-shell-scott.html

Gold Medal paid Really well in the '50s, so a furious pace wasn't quite necessary. Remember the jealousy Patricia Highsmith felt toward Marijane Meaker since Highsmith was getting critical acclaim and pitiful money for her books with Knopf, and Meaker getting reviewed by Boucher and not too many more but making fine money with Fawcett?

My take on SEVEN SLAUGHTERS will be up soon.

Sadly, I had this set to go up 9:00 EST instead of PT at which time I was still sleeping here. Next week it won't go up until 12 EST.

Many thanks, Patti. Regret not putting up a proper review.

Nice to see you on here again.

Patti, I hope to be regular with some real reviews too.

Finally up. I might even make Noon ET next week (stifles guffaw).

Kevin, the rheumatiz might keep me from saying too much more, as someone upwards of three years younger...Gold Medal paid, at least early on, a penny or so for every book printed, so as to simplify accounting, as royalty. Considering they'd print a half or whole million of 'em without too much prodding, that started adding up to serious 1950s change. (Paperbacks frequently would sell better than hotcakes early on, particularly if packaged just so.)

And for some reason mine isn't even coming up on Patti's Blogspot running log...

Hey Patti - My review of Everybody Had a Gun was up yesterday (as normal),

I show all of these on my blog. If you are not seeing them, I don't know why....

Patti, I enjoyed your review of ALWAYS LEAVE 'EM DYING. The book I read for this was my first experience with Prather's books also, and very different from the books I normally read. Some of the overviews I read compared his work to Westlake, or the Mike Hammer books, or Brett Halliday's books. I haven't read the last two so couldn't say. Anyway, it was a fun experiment and now I will look for more books by Prather, since the writing is fine and there are some great paperback covers.

For a couple of hours, my post wasn't showing up on anyone's running blog from Blogspot (over where the most recent posts from each other blog should appear). I don't know why. Happily, it's now showing up.

It's been a lot of years since I read a Shell Scott but I can say I met Prather at one of the West Coast Bouchercons. He was a fun guy and dressed like a Vegas tourist.

Correction, East Coast. Baltimore, to be exact. Thanks to Bill Crider's blog for setting me straight on that.

Sorry I missed this but I've been sick all week and spent 12 hours in the ER yesterday. Cap'n Bob is right about Prather. He looked pretty much like one would expect him to look. In the early 1960's I read a few of his books but I was reading the somewhat similar (if less successful) Burns Bannion books by Earl Norman (Kill Me in Yokohama, etc.). In my early teens why wouldn't I like wise-cracking humor, fast action and lots of naked babes. Not just in my early teens either, I admit.

I wish I had my life together enough to participate again. I have a pile of Prather novels I've bought just for the covers alone, but I've yet to crack one.