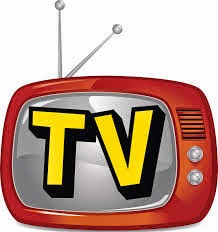 In no particular order

Runnersup would include THE AMERICANS, HOMELAND, GAME OF THRONES, BROAD CITY, and the four episodes of OLIVE KITTERIDGE-more a mini series than a series. Some series from last year, didn't work for me this year, like ORPHAN BLACK. I still plan to catch up on RECTIFY and THE KNICK.

As I look at this list I can't help but notice that none of these shows are on the major networks. And then I realized that I really only watch one network show--THE GOOD WIFE--which is having an off year. I liked THE BIG BANG THEORY for years, but lately it seems stale. All of the characters'  traits are written in stone by now and I'd find it hard to separate a show from year two from one from year five. Yes, they added the women, but then what?

None of the series I like most tries to put out 22 episodes a year. Quality is easier to attain if you are making 12 or fewer episodes. And you don't get locked into a formulaic rut.

What about you? What series holds your interest? Am I missing something?

Am enjoying Homeland more this season than last

Guilty pleasure-American Horror Story.
Can't watch any of the streaming shows Like Orange is the New Black unless I want to watch them on my computer. I have an early HD TV which has no function for streaming, same with my Blu ray player.

I try to follow only two shows at any time, and everything else yields to THE AMERICANS and ORPHAN BLACK. While they're on hiatus, I enjoy THE LAST SHIP (Rhona Mitra is my current onscreen crush) and HELIX.

One thing, though. I hope I'm wrong, but all of these shows give hints that they are about to jump the shark.

We don't have Netflix so haven't seen ORANGE yet, though I did read and enjoy the book.

There are few if any shows we watch that I would care much if we gave them up, to be honest, and some of the things we watch are because Jackie likes them and I tolerate them.

What series holds my interest?

Person of Interest (CBS)
The Americans (FX)
Justified (FX)
The Good Wife (hit and miss)
The Newsroom (HBO; last show Sunday)
Homeland (Showtime; after a very slow start is finally on target)
Fargo (FX) loved it; sorry they are going with a different cast
True Detective (HBO) Acting kept me going through slow parts
The Honourable Woman (Sundance) Didn't love it but kept watching
Call the Midwife (PBS)
The Leftovers (HBO) Some parts follow the book closely while others diverge widely.
Covert Affairs (USA) Liked the early seasons, just hanging on out of habit now.

Jackie wanted to see who the murder victim was but gave up after two episodes of THE AFFAIR. (I thopught the whole "police interviewing them with just one more question" thing ripped off TRUE DETECTIVE and didn't hold me interest.)

We've tried VEEP several times and just do not get it.

You mentioned Olive Kittredge - we turned it off after 15 minutes of the first episode. We made it past the first show of The Knick but gave up on the second. It just wasn't for us at all, despite Jackie's affection for Clive Owen.

I should go back and try the second season of ORPHAN BLACK again.

I love Elizabeth Strout so I loved the novel of Olive Kitteridge, which led me right through the show. I thought it was brilliant. And two fantastic performances. I admired how complex her character was. Like a play for me.

MANHATTAN got better after the first couple of eps. Missed the first season of THE NEWSROOM and never caught up. I am hoping JUSTIFIED redeems itself this year. It was so great for the first three seasons.

GOT has some absolutely sensational episodes but also too many duds. Those guys by the wall usually bore me. AHS scares the bejesus out of me, Steve. I start sweating as soon as I see Jessica Lange.

You're right about ORPHAN BLACK's second season not being as good as the first, though I love the crazy Helena character.

Al, if you like Rhona Mitra in THE LAST SHIP you should check her out in the British series STRIKE BACK, shown here on Cinemax. She was in seasons 3 and 4.

I have not been following new shows. Well, I suppose AGENTS OF S.H.I.E.L.D. is kinda new, I like that one.

We got rid of cable a couple months ago. Our antenna reception is okay for the networks but I've still been watching Hulu for those programs.

Hulu has an original series, QUICK DRAW, which I tore through and really enjoyed. It's a comedy western.

Mad Men, always. True Detective until it shat the bed. Boardwalk Empire. Been catching up mostly on things like Broadchurch and past seasons of It's Alaway Sunny in Philadelphia. Never miss Charlie Rose, but I guess he doesn't count as a "show"....

Missed the boat on BE. My son liked it. Always forget about Charlie Rose.
Kieran, have a happy holiday.

For the new shows of fall, I haven't gotten into a lot of them, but I do like The Game, and on much lighter notes, I find both Jane the Virgin and Mysteries of Laura engaging.

The only sitcoms I'm following at this point are About a Boy and Brooklyn 99. I had the Mindy Project on that list but I don't find it all that interesting this season.

I am on the bandwagon with Orphan Black and didn't notice the decline everyone else here seems to. And I think Fargo got kind of short shrift in all the big True Detective hoo haw. The acting at any rate was every bit as good if not better.

I think for crime dramas, though, my favorite would have to be the short Netflix series Happy Valley. And I'm currently really enjoying watching Hinterland, the Welsh series they're streaming. It reminds me a little of Broadchurch not so much in storyline as in being a beautifully shot and well acted series in a non-urban setting.

I still like Grimm, but have given up on Once Upon a Time now that they've been coopted by the Frozen franchise.

I watch IT'S ALWAYS SUNNY IN PHILADELPHIA on Amazon.com. That is a great show. What a group of drunken, awful people.

It's be interesting to see how they end that show. I presume it will be a season long slide into crazy.

I have to admit; I'm not enough of a TV watcher to really choose.

Well, PBS can only be seen as a major network these days.

I did like YOU'RE THE WORST and at times PLAYING HOUSE. Never got into PENNY DREADFUL, HELL ON WHEELS. I watch too much TV already. Much more than a decade ago.

Well, a decade ago, the impressive heights tv had reached five years previously had receded somewhat, in the face of the onslaught of "reality" and the tightening of FCC nooses under the Bush league...tv now is almost as good as it was in 1999-2001 again (even if George Kelley and some others have been bemoaning the current season) and there's just too damned much that's good or better for *anyone* to watch all of it.

Jackie Kashian has a magazine critical assignment and was asking her FB friends about what tv she's been missing, particularly the kind she'd avoid, such as horror and more intense suspense drama, and you know I piped up there, as well, and just added this:

In two similar discussions recently, in neither did I or others think of mentioning THE BLACKLIST, despite its rather good reviews and impressive plate spinning in the first season...the second has been a bit weaker (at least as much steam lost as with ORPHAN BLACK)...but given its "buzz" and popularity from jump, I was making little jokes about Black is the New Black on tv last season, with ORPHAN and ORANGE also getting a lot of attention.

"Once Upon A Time" has not only co-opted Frozen they've ransacked the entire Disney vault! Any day now Madam Medusa from The Rescuers and the voodoo guy from The Princess and the Frog will show up. What the hell was going on with the Lady from Shanghai rip off scene at the aquarium last night? Was that really Ursula the sea witch from Disney's Little Mermaid working as a janitor? Unreal!

I think ORPHAN BLACK is a very trippy this season. We're just now watching Season 2 on DVD and we love it. I can't help but continue to be mesmerized by Tatiany Maslany's acting. I also like the guy who plays Felix. They work so well together no matter which clone Maslany is playing.

PENNY DREADFUL was a huge disappointment to me. The pilot promised so much. The series is nothing but rehash. It just got progressively tiresome with each episode. Good acting is not enough for me if the entire show is like watching a Hammer horror film I've seen umpteen times before. I looked forward only to watching Frankenstein's creature working as a stage hand at the Grand Guignol, probably the only truly original part of the series.