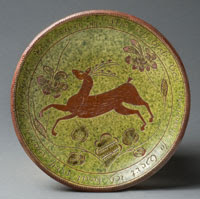 Sebastian Japrisot, now dead, had a more recent hit with the fantastic A VERY LONG ENGAGEMENT, but in 1963 he wrote my favorite of his novels, THE SLEEPING CAR MURDERS. The story starts out with a
si 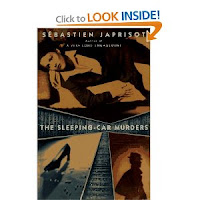 ngle murder on the night train from Marseilles to Paris. A woman is discovered dead on its arrival. Inspector Grazzi determines the murderer must be one of the five other occupants of the sleeping car and sets out to track them down. As he locates them, they begin to die too.

Combining both the train and locked room story setups yields great fun in the hands of such a skilled story teller. This was made into a movie that I have yet to see.


Ed Lynskey is the author of the newly released LAKE CHARLES.

Bart Spicer who won an Edgar in 1949 for his debut PI Carney Wilde novel The Dark Light was a decorated World War Two vet. He went on to work as a successful full-time commercial fiction writer until his death in 1978 from throat cancer. Making the leap from the pulp fiction of the 1950s to the larger blockbuster novels emerging during the 1970s accounts for extending his career. A few years ago, I had a chance to talk to Spicer’s stepdaughter about his career and life.

Spicer’s spouse Betty often worked with him on writing projects. They collaborated under the joint husband-wife pseudonym Jay Barbette (the surname a combination of the letters in their first names, Bart and Betty) to publish four novels.

Spicer seems to have done some snoop work for the CIA. That and his exile in Spain inspired his writing The Burned Man (1966). Its front cover plugs the book as “the new high-voltage novel of international intrigue.” Set during Franco’s autocratic regime, Colonel Peregrine “Perry” White makes his return from 1955’s novel, Day of the Dead (though this time Perry is oddly spry and not encumbered with a limp and cane). An accomplished, tight book, its plot is understated with Franco’s anti-American feelings seething in the background.

A nebulous Communist terrorist cell cooks “the burned man” in a radioactive barbecue (from the makings of an atomic bomb), and Perry is sent to investigate the matter. Art Scott viewed this spy fiction as “a vigorous, complex espionage novel, unmarred by post-Bondian cliché.” Library Journal called it a “timely, rugged adventure.” Saturday Review (“excellent” and “fast action”) and San Francisco Chronicle (“crisp”) highlighted similar strengths. I was struck by the protagonist Perry’s wry tone and resigned acceptance of the military’s red tape.

I’ve enjoyed all the Spicer novels I’ve read. His later courtroom dramas like Kellogg Junction and The Adversary (made into a TV mini-series) are first-rate. Act of Anger advertised on the front cover of The Burned Man is an intriguing legal fiction but also unfortunately marred by its homophobia. To his credit, Spicer later recanted his attitude there.

Ed Gorman is the author of TICKET TO RIDE, and STRANGLEHOLD. He is the editor of ON DANGEROUS GROUND.
\You can find him here.

Champagne for One by Rex Stout

"I'll try to be fair to him, and I know there is no law against a man having plucked eyebrows and a thin mustache and long polished nails, and my suspicion that he wore a girdle was merely a suspicion, and if he had married Mrs. Albert Grantham for her money I freely admit that no man married without a reason and with her it would have been next to impossible to think up another one, and I concede that he may have had hidden virtues which I had missed. One thing for sure, if my name were Robert and I had married a woman fifteen years older than me for a certain reason and she was composed entirely of angles, I would not let her call me Robbie."

Part of the reason you read Stout, Rex Stout, is for sentences like that one. Yes the people, especially N. Wolfe are spellblnding and the plots often dazzling but the it's the writing itself that shines through in even the lesser books.

Champagne For One comes later in the Wolfeian series. It is a classic Archie Goodwin set-up. An especially annoying rich woman (the aforementioned Mrs. Albert Grantham) needs a fifth man for a splashy dinner she's having in her mansion. The original man got sick and called Archie to substitute for him. The occasion is a feast for the unwed mothers who graduated from the school the late Mr. Grantham established for such young women. The idea is to keep track of them and see how they're faring in the world and celebrate their worth.

Mind you this is 1958. Unwed mothers were still the province of tabloid headlines and exploitation drive-in films and hammy bestsellers. But Stout, ever Stout, presents us with five young attractive, bright and decent young women. One of them he hopes to see again. The mystery is established after the dinner when the drinks flow freely. One of the young women drinks a glass of champagne and immediately goes into convulsions, poisoned. Archie of course pursues the killer despite the fact that four different parties try to stop him.

I never read an author I enjoyed more than Rex Stout. If I live long enough, I might go back and try to read them all again.

I think THE 10.30 FROM MARSEILLES was the original title of SLEEPING CAR MURDERS when first translated.

I think your review will push me to read it at last.

Great to see Rex Stout mentioned again. I'm currently re-reading all my Nero Wolfe favorites - something I do every few years - right now it's the short stories during meals. Fun.

That IS a great sentence from CHAMPAGNE FOR ONE. :)

Art Scott and Steve Stilwell have read all of the Nero Wolfe books 50 times EACH! I'm still amazed at that statistic.

Have not read either of these. My crime reading is really behind. SPent most of my life on SF/fantasy/Westerns/Horror

My own entry for today is here:

THE SLEEPING CAR MURDERS is a great book. I remember enjoying it a lot, and I'm not sure why I didn't pick up some other Japrisot books which were avaialable, like THE GIRL IN THE CAR WITH SUNGLASSES AND A GUN (hall-of-fame worthy title, there).

On the other hand, I didn't like CHAMPAGNE FOR ONE very much.

HAD THE GIRL IN THE CAR on my shelf for years. But it disappeared in a cleaning frenzy.

I agree with Joe Barone's assessment of Upfield's DEATH OF A LAKE. I have all the Bony books (most are unread of course) and this one is definitely my favorite of the ones I've read so far.

Coincidently, I just finished THE SLEEPING CAR MURDERS a few weeks ago. I enjoyed it; in a way, it reminded me of Simenon's style (perhaps it was the translation). However (SEMI-SPOILER), I was less than pleased with the culprit when finally revealed; I think it was a rather lazy solution. The mystery novel equivalent of "and then I woke up."

Reading posts backwards, I've already commented on SLEEPING CAR MURDERS. I'm wondering if anybody else has seen the film and whether the ending is different, given one of the comments above. I don't even know if it's available. I remember it as a gritty procedural, with really cool Yves Montand as the police detective.

I will have to see if Netflix has it. And I can't for the life of me remember the ending and I just read it a year or two ago.

I had not read of Archie and the gang since high school a few lifetimes ago.

However, a wonderful blog reminded me how good is that series, and I decided to start anew, then read The Doorbell Rang and Fer-de-Lance.

Loved them and am embarking on a project to read several of these expertly-written books.

A favorite Wolfe line so far, which makes me laugh each time I think of it is: "Archie, I am a genius, not a god."

The relaxation, contentment and distraction these books bring in these tough times is immeasurable. And the wit -- need I say more?

Rex Stout is certainly in the middle of a Renaissance. Fer-de-Lance is a favorite.

Stout's Over My Dead Body is quite funny as well, and even has a premonition of developing WWII dynamics.