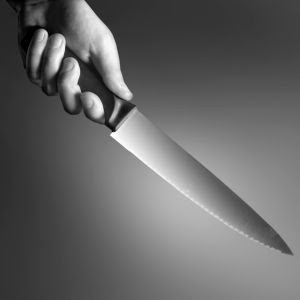 This announcement has appeared in many places already, but I want to take this opportunity to announce here that DISCOUNT NOIR, 42 stories set in a Big Box store, originating from an idea of Steve Weddle and appearing in a flash challenge on this blog, will be an ebook within the month.

The amazing Stacia Decker from Donald Maass Agency brokered the deal with Untreed Reads, an ebook publisher. Charles Ardai was kind enought to write an introduction for the work.

I thank all of the writers involved with this project.

Some kind people came onboard to pump up our original roster of stories. Nice of them to help us out.
And a lot like your list.

Thanks for your efforts in this, Patti (and Steve and Stacia).

Agh! I'm going to have to break down and buy another ereader, aren't I? This one looks too to miss.

Well done. Hope it was as much fun putting it all together as it looks!

Hot dog! I'll be between virtual covers with the aristocracy of the literary blogosphere.

oooh, sounds intersting. Will be looking forward to this one.

Thaks again, Patti. I'm excited to be a part of the project.

Congratulations to all! I've read most of the stories, and this is an excellent collection.

Can you tell us yet where the e-book will be available for download?

Oh, I didn´t see this post the other day.

Thank you so much Patti (+ Steve and Stacia) for making this possible!

And I am happy to see that one can order PDF files - so I can even buy an anthology for my mother! (At least she will be able to read my name ;D)

It's supposed to be available by early October.

Looks like a great read. Will it be available on Kindle?

Congratulations. I can't wait to order a copy.

Yeah, seems like yesterday. And as fast as things seem to change it may well have been. Oh...gotta go and chase those damn kids off my lawn..

Hope this is a great success! Are you working on a sequel?

Thanks for the kind words all around.

Maybe Nordstrom's Noir, a series of shorts set in a high end store.
No, but what I would like to do is approach an ebook publisher about doing a collection of our forgotten book reviews. Plus the ones from THE RAP SHEET. Time puts me off doing this again.

Oh! I had no idea! Thanks Patti - and what great company to be in

My thanks too Patti, I'm so excited to be part of this and in such great company.

Thanks for all of your hard work, Patti, and to Steve and Stacia, too. This is a very exciting project, so proud to be a part of it. It was fun to write the story and read the stories that were created as a result of the challenge.

Thanks to all of you. Without you...

Looks great, Patti! Congrats to all of the writers! An e-book with forgotten book entries would be a dandy, and I'm sure it could be also done with a traditional publisher.

Absolutely thrilled to be a part of this. Thanks for all your work, Patti!