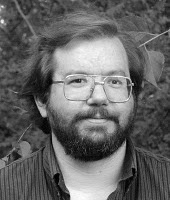 When I first contemplated trying my hand at writing crime stories, I looked at the various venues for short stories that were around at that time. A writer by the name of Stephen D. Rogers kept popping up. He was everywhere, and I started to wonder if he was actually a team of writers ala James Patterson. But no, the style was unique, pristine, succinct in each story. His alone.

For more information, you can visit his website, www.stephendrogers.com

Here's what Stephen has to say about one of the stories in his new collection.

"The Professor is here as my guest."

- DISCHARGED
So begins one of the 31 stories contained in SHOT TO DEATH (ISBN 978-0982589908). Within that beginning lurks the ending to the story and everything that happens between the beginning
and the end. Or at least it seems that way to me.

Strangely enough, perhaps, I found conflict in that bit of dialogue. While I am not a professor, I've been many times called "professor" and more often than not with at least a bit
of bite.

In the social groups I traveled, the educated were never quite trusted. I was the enemy in their midst.

A guest doesn't belong. A guest is invited. As such, a guest can be uninvited, can be declared unwelcome.

The word "guest" brings to mind "guess." The PI has been invited to provide an answer but the best he can hope to do is guess. And then deal with the consequences if he guesses wrong or is con is discovered.

Why does the mobster bring in an outsider unless he can't trust the insiders?

All that remained was the writing.

For a chance to win a signed copy of SHOT TO DEATH, click on
over to http://www.stephendrogers.com/Win.htm and submit your
completed entry.

Then visit the schedule at http://www.stephendrogers.com/Howto.htm
to see how you can march along.

And then come back here to post your comments. Phew.

"Put yourself in the hands of a master as you travel this world of the dishonest, dysfunctional, and disappeared. Rogers is the real deal--real writer, real story teller, real tour guide to the dark side."
- Kate Flora, author of the Edgar-nominated FINDING AMY and the Thea Kozak mysteries

"SHOT TO DEATH provides a riveting reminder that the short story form is the foundation of the mystery/thriller genre. There's something in this assemblage of New England noir to suit every aficionado. Highly recommended!"
- Richard Helms, editor and publisher, The Back Alley Webzine
Posted by pattinase (abbott) at 8:15 AM

I'm NOT a team? Then that explains why the members responsible for organizing my files and exercising seem to have been letting me down.

I always look for Stephen's short stories--he's really a master. And he IS everywhere :-)

Which would be fine except for my allergies.

Fleur is right. Stephen is a master storyteller. Good luck with the book.

Thanks for the kind words.