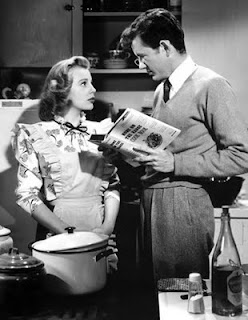 How about some new forgotten kid's books contributors this week?


Every once in a while there's a documentary about sports that really seems to sum up the sport, or the times, or both. The legendary game of the title took place in 1968, at the height of the Vietnam War. Although the movie talks about the war a little, how some of the players were against the war and others strong supporters, the emphasis is on that game.

s than a minute to go in the game, Yale was ahead by 16 points. You have to see the movie to find out what happened. (Or maybe the score in the title will tell you). Every man interviewed for this remembers that game more vividly than yesterday's dinner.

I guess there will never be a better sports documentary than Hoop Dreams, which I watched alone in Manchester England in 1995. And when I say alone, I mean I was the only one in the theater on a weekday afternoon. Obviously, basketball isn't big there. Second place, "When We Were Kings" (Ali). I have yet to see TYSON, which I hear is excellent.

But this movie was exciting and it is always strange to hear about how games played in youth can become the defining moment in person's life. Any favorite sports movies, docs or otherwise out there?
Posted by pattinase (abbott) at 9:00 AM

Favorite sports movie (and one of my favorites of all-time): "Bull Durham"--a great movie about baseball (my favorite sport) and life (another favorite thing).

I still cry when I watch BRIAN'S SONG.

I can never watch that or WHEN THE BANG DRUMS SLOWLY AGAIN. I remember watching my son cry through them.
BULL DURHAM is a favorite. As is SHOELESS JOE.

Sports movies usually stink, because they either get the sports wrong, or get sappy.

My favorites are BULL DURHAM, MAJOR LEAGUE, HOOSIERS, FIELD OF DREAMS (yes it got sappy, but it was still good), and EIGHT MEN OUT. I'm sure I'd think of others over time, but those jump to mind right away.

I almost forgot one more thing. Did you know Tommie Lee Jones played guard on that Harvard team?

My favorite: Bull Durham. I also like Jerry Macguire. I guess I'm just a hopeless romantic at heart.

I'm in for the Friday Forgotten Children's Book.

Years ago I saw a Japanese documentary about the 1972 Winter Olympics in Sapporo that focused on the Soviet-Czeckoslovakia Gold Medal hockey game. Of course, with the Soviet tanks in Prague still such a fresh memory it was a pretty tense game.

Also years ago when I was trying to be a filmmaker I wanted to make a movie about the Monteal Olympics in 1976 (I lived in Montreal at the time).

The African nations came to Montreal but then decided to boycott and left. We were looking forward to the 1500 metre race (pretty much the mile), between some guy from Africa and the European champ but it never happened.

In my fatasy movie the two guys run the race by themselves at dawn before the African guy leaves town for the boycott.

And I still like Eight Men Out and Bull Durham and I start every hockey season with Slapshot - Paul newman on skates.

And, if it wasn't sooooo forgotten, I'd do a Friday Forgotten book on Seaching for Billy Cole about a football player who quits Michigan to go to some small school in Vermont and the pro scout who goes to see if he can still play.

Tommy Lee Jones was featured prominently in the doc and even managed to tell an Al story.
John-that sounds like a winning screenplay to me. Thanks, Laurie
I hope everyone has seen HOOP DREAMS. A recent one-can;t remember the name about a group of guys in Brooklyn who played hoops in HS and still do was great too.

One more movie that doesn't often get called a sports movie I liked a lot was Breaking Away.

Love that movie. I think I have watched it more time than almost any movie other than Godfather 2.

I love documentaries on just about anything. When I do watch the tube it's PBS, Discovery etc. THE BOY WITH THE INCREDIBLE BRAIN was the latest I enjoyed and it's on YouTube if you get a chance.

THE BLIND SIDE is also very touching, Patti. I'm glad to see it is doing so well at the box office. The book by Michael Lewis is very good, too.

RAGING BULL...ROCKS WITH WINGS (and its fictionalized counterpart EDGE OF AMERICA--not least for when Irene Bedard's character tells James McDaniels's, close paraphrase: "These are Indian girls [stress on both syllables]...they don't need anyone to tell them about being oppressed...")...THE LONGEST YARD (the original)...BRING IT ON and KILL THE UMPIRE (with William Bendix) among the goofy comedies, and perhaps DON'T MAKE WAVES just barely (even I wouldn't try to shoehorn in A DAY AT THE RACES)...NFL Films productions have always been surprisingly good, until their excellence comes to be taken for granted...THE SWIMMER. If chess counts, THE GREAT BLACK AND WHITE GAME, the short film. And a fine documentary around the turn of the 1980s about the Eskimo and Indian Olympics in Alaska, can't think of the name to save myself, but it ran on public television. I'm surprised I can't think of any first-rate or suitably interesting auto-racing films. You know, I've never seen THE BLACK STALLION...and am surprised no one's jumped on NATIONAL VELVET, so to write...

THE SWIMMER may be only marginally about swimming, but it is one of my favorite movies and short stories. And god, did Burt Lancaster look good in those trunks for two hours. How about The Bad News Bears?

Yep, THE BAD NEWS BEARS, the original...not the sequels nor remake. There are a slew of good and good-enough baseball movies, many already mentioned.

Yes, THE SWIMMER is also my bit of fun in this context, and I thought I'd give you a nostalgic nudge. But, is there a better aquatic-sport film?

Esther Williams never quite did it. She needed to put her head in the water to be taken seriously.

Nearly all the really good sports movies have been mentioned except for the excellent, but mostly forgotten, "North Dallas Forty". And "Friday Night Lights" is almost as good as the tv show based on it.

I love the movie, FNL. Hard to compare the two.

Firday night Lights is my favorite football movie. I don't watch movies about other sports much.

Gee, no one has mentioned RHUBARB, the one about the cat that inherited a baseball team. Not that it's that great. If I could only watch one sports film, it would probably be CHARIOTS OF FIRE.

After that, it would be THE NATURAL.

THE NATURAL is a natural. Chariots of Fire, ah yes. What about THE LONELINESS OF THE LONG DISTANCE RUNNER-or was that really about something else. Can't remember much.

pattinase (abbott) said...
This comment has been removed by the author.
7:18 PM

Oh, yes...and PERSONAL BEST. Certainly my favorite among fictional track and field films, though I dug the tv biopic BABE as a kid. JIM THORPE, ALL AMERICAN is a good doc. (THE LONELINESS OF THE LONG DISTANCE RUNNER is, novel and film, about as much about running as the Rabbit novels...so, moreso about the sport than THE SWIMMER is about its, but...)

THE BIG LEWBOWSKI, eh? Still haven't seen all of that one, either.

Since I'm a fan of the principals, I'm surprised I haven't warmed up to DOWNHILL RACER more. Yes, the easy puns are racing, leaping forth...

And if we count poker, the direct to video improv comedy THE GRAND is rather a lot of fun. Better than some of the Guest and Co. improv films it resembles that have made it to theaters.

Always liked Pride of the Yankees.

I must admit, I missed the reference to WHEN WE WERE KINGS previously. I have a real problem with this film, in its treatment of the (since late) Miriam Makeba. Every drip of sweat off James Brown's armpit is documented in the finished film, but the only footage of Makeba, who almost certainly gives a better performance at the concert associated with the boxing match, is of her doing a couple seconds of a click song which is supposed to represent the Evil Spirits plaguing the affair. Makeba, to say the least, deserved more respect than that.

And it's not as if they did the travesty of the Makeba clip as personification of Evil once but at least three times. Audible teeth-grinding by the last time.

I have not seen it, but I've heard good things about THE DAMNDED UNITED. Good soccer movies are surprisingly rare.

DAMNED UNITED came and went here in a week. I wanted to see this being a big fan of the lead.

Really hate boxing as a sport. But American football isn't much better. And maybe I played my trombone part of "Gonna Fly Now" too often in junior high school...among the many outliers, A MAN AND A WOMAN for auto racing...

An excellent book is Sports Cinema: 100 Movies by Randy williams. It's subtitled Hollywood's Heroes, Losers, Myths and Misfits, but includes movies from all over the world. All the usual suspects are included with the exception of Semi Tough and I was pleased that Cobb, The Downhill Racers and The Bingo Long Travelling All-Stars and Motor Kings made the list. But how can any top 100 leave out the hockey classic Paperback Hero, the movie I did a Forgotten Movies piece about? And John McFetridge, I bet I'm the only other person reading Patti's blog that has a copy of In Search of Billy Cole. So do a Forgotten Books review, I'll enjoy it.