Albert Kahn was one of the foremost American architects of his day and certainly the best known of Detroit. Born in German, he immigrated to Detroit in 1880.

His father Joseph was trained as a rabbi. His mother Rosalie had a talent for the visual arts and music. As a teenager he got a job at the architectural firm of Mason and Rice. Kahn won a year's scholarship to study abroad in Europe.

Albert Kahn Associates was founded in 1895. He developed a new style of construction where reinforced concrete replaced wood in factory walls, roofs, and supports. This gave better fire protection and allowed large volumes of unobstructed interior. Packard Motor Car Company's factory built in 1907 was the first development of this principle.
The success of the Packard plant interested Henry Ford in Kahn's designs. Kahn designed Ford Motor Company's Highland Park plant, begun in 1909 where Ford consolidated production of the Ford Model T and perfected the assembly line. On Bob-Lo Island, Henry Ford had a dance hall designed and built by Albert Kahn, which in 1903 was billed as the world's second largest.
Kahn later designed, in 1917, the massive half-mile-long Ford River Rouge Plant. The Rouge grew into the largest manufacturing complex in the U.S., with a force that peaked at 120,000 workers. According to the company website, "By 1938, Kahn's firm was responsible for 20 percent of all architect-designed factories in the U.S."
Kahn was responsible for many of the buildings and houses in Walkerville, Ontario built under direction of Walker family including Willistead Manor. Kahn's interest in historically styled buildings is also seen in his houses in Indian Village, Detroit, Cranbrook House, the Edsel Ford House and the Dearborn Inn, the world's first airport hotel.
Kahn's Conservatory on Belle Isle in Detroit.
Kahn also designed the landmark 28-story Art Deco Fisher Building in Detroit, considered one of the most beautiful elements of the Detroit skyline. In 1928, the Fisher building was honored by the Architectural League of New York as the year's most beautiful commercial structure.
Kahn's firm's Moscow office built 521 factories between 1930 and 1932.
Kahn also designed many of the classic buildings at the University of Michigan at Ann Arbor. These include the Burton Tower, Hill Auditorium, the Hatcher Graduate Library, and Clements Library.
Kahn's firm designed a large number of the army airfield and naval bases for the United States government between the wars. Kahn's 600-person office was involved in making Detroit the Arsenal of Democracy. Among others, the office designed the Detroit Arsenal Tank Plant, and the Willow Run Bomber Plant, Kahn's last building, located in Ypsilanti, MI where Ford Motor Company mass produced B-24 Liberator bombers. Albert Kahn worked on more than 1,000 commissions from Henry Ford and hundreds for other automakers. 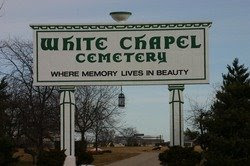 Much of this comes from Wilkipedia as I am away this weekend. Hopefully next week will see some original obsrvations.
Check out Travis Erwin for some more MTM posts.
Posted by pattinase (abbott) at 10:00 PM

Great post. I love seeing how various technological innovations affected the world. Here, how the new framing system allowed for larger plants and open spaces in which to design more efficient assembly lines.

Incredible what a person can accomplish. Hey, you and Travis are making me think I should do a famous San Diegan for MTM one of these weeks!

Great post, I love art deco and architecture, especially together.

I don't remember the exact details but for some reason Kahn was angry with the Detroit Institute of Art. Of all the, drawings and art he had in his private collection, the only thing his will left to the institute and today is the only Kahn piece in the collection is his "T" square.

I remember hanging it during one show featuring art donated by the prominent members Detroit society. It hung alone on its white wall with nothing to detract from it.

Great post I love to hear about how all these things came about.

I think there is a doc. about Kahn. Maybe that would have the reason for his problems with the DIA. I'm gonna check.

I enjoyed this very much and believe I've seen some of those while in Detroit. Now I know bits of the rest of the story.

Busy man. but for me wood holds a beauty and craftsmanship that concrete simply cannot compete with. Though I understand and appreciate the functionality aspects of his development.

What a prolific and innovative man. Thanks for another interesting post. Detroit is so close to us. I haven't been there since I was a child (Greenfield Village). Maybe it's time for another visit.

Detroit can be interesting if you plan carefully. It still has the remnants of a major city in place. It's the rest of it that is lacking.
Wood tends to burn.Cities where wood was the major building material tended to have huge fires: Chicago, SF, Halifax. Better in small doses perhaps.

Patti, we have posts on older buildings, though mine relies on facades and building blocks. I prefer the older stone buildings with the intrinicate masonry work. Some of the buildings you listed with links I loved. Thanks.

Very interesting. So amazing that one guy did all that.

He was incredibly prolific as well as innovative. It's great that some of his building have survived. Really interesting post.