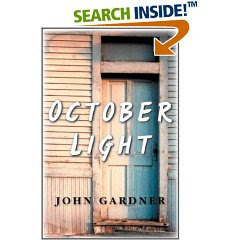 The Tango Briefing by Adam Hall (1973)
I chose this novel about the British spy Quiller because it's the latest one I've tracked down, but I really recommend all 19 in this terrific series by the late Adam Hall (pseudonym for Elleston Trevor). The series began in 1965 with "The Quiller Memorandum," which won the best novel Edgar, and ended with "Quiller Balalaika" in 1996, the year after Hall's death.
IMHO, Quiller beats James Bond hands down -- much less sexism and silliness, but brilliant characterization and gee-whiz spycraft -- and his stories are more action-packed than the splendid spy novels of LeCarre. Hall was a master of pacing, often ending chapters with cliffhangers and using the equivalent of movie "jump cuts" to go back and forth on the timeline.
Quiller works for The Bureau, a spy organization so secret that the British government doesn't admit it exists. He's a "shadow executive," one of only a handful who's trained to kill, infiltrate, withstand torture, so forth. No fancy gizmos or jetpacks for Quiller; he rarely even carries a gun. He gets by on his wits and his toughness, in particular his ability to turn off the demands of his battered body and still focus on the mission at hand. Quiller's a snarky character, in constant conflict with the field executives who run his operations from a (usually) safe distance.
In "The Tango Briefing," Quiller is sent to North Africa to find an airplane that has crashed in the sands of the Sahara. The plane carries a top-secret cargo, and it's quickly apparent that several governments are hunting it. Most Quiller novels are largely urban, but Quiller spends a lot of time alone in this one, stranded in the blazing desert, watched only by vultures who are waiting for him to stop moving. You'll want to keep a lot of water handy when you read it.

John Gardner died in a motorcycle accident at the age of 49 in 1982. It is hard to overstate his place at that time in American fiction. His was a loud voice, critical about what he decided was going wrong with the novel, willing to verbally assault his peers. He wrote two fine books on writing, a number of scholarly pieces and six novels before his death. October Light, one of his best works for me, is the story of two elderly siblings in a state of warfare. Sally is forced to live with James when her money runs out. He takes her in but insists on dominating her. He locks her in her bedroom and here she finds a book Smugglers of Lost Soul’s Rock, (a story of marijuana smugglers in ). The novel within a novel is the sort of loose, rollicking and chaotic novel someone like Sally can enjoy. Her brother is a man intent on retaining the status quo. Thus the two siblings represent what's going on in the seventies in the world and in literature. Progress or status quo.
Gardner seems largely forgotten thirty-five years later. Maybe his enemies outnumbered his friends. But October Light along with Nickel Mountain are fine reads.

I love the Quiller books by Adam Hall. I've read almost all of them, and even a couple of the books Hall wrote under his real name, Ellison Trevor.

I read the first one and that's about it. Have to catch up.

Just to let you know, after missing a week, I'm back on track. My latest forgotten book is Father's Music.

I have this book and have not read it yet. It's interesting that John Gardner seems to be better remembered for his writings on fiction (which I have read) than he does the novels he wrote (which I haven't). Thanks for recommending this one (I've got his others too, but have never been sure which one to start with).