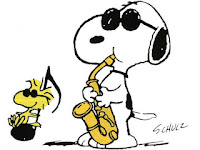 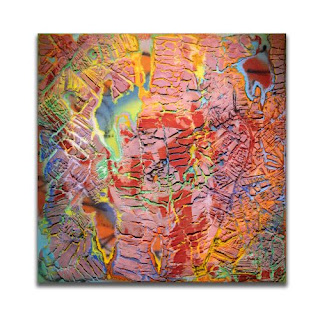 Went to a glass show, which was pretty darn incredible. Hundreds if not thousands of glass works from all over the world. Some of them sold for upwards of  $50,000 and none were under $5,000 so not in my price range for sure. Looking was enough and trying not to trip and fall on anything.

Saw the filmed version of La Boheme from the Met. Astounding because the singer who played Mimi stood in the for a sick Mimi and had just sung Madame Butterfly the night before. We have two movie theaters that play operas, ballet, plays and music from various places. The closeups make up for it not being live.

Echo Canyon is playing nearby. Wonder if Steve O. has seen it? Be more fun to see it with someone, but my friends are not rock fans.

Still working on getting things in order. Went to Secretary of State this week to put the car and registration in my name. But will I ever drive it? Don't know. It is quite a chore going on the site of every bill we get and changing the personal and billing information. Then going on my bank site and adding it there. Had to get a repairman to fix a noise in the furnace. Had to pull weeds for hours. Had to take my little cart to the grocery store and lug it home. Only a mile each way but the car is awkward. Have to look for better one.

But luckily I had glass shows and movies and books and opera and friends and tv to help out.

What about you?
Posted by pattinase (abbott) at 6:00 AM

So many of those big and little things that need to be done, Patti...thinking of you... I am glad that you had the chance to see that beautiful glass show. It sounds amazing. It sounds as though the shows were good, too, and I'm glad for you.

After my father's death, I helped my mother with all the banking and billing changes. Not fun. I know what you're going through. But in a couple of months, most of the paperwork will be updated and you'll done with this phase of your financial life.

Saw YESTERDAY, the movie where The Beatles are erased from the consciousness of the world. Good, but not great.

Patrick, Katie, Diane's sister, and our niece from Vegas are all traveling to spend the Fourth of July weekend with us. The Kelley Hotel is full!

Summer and 80 degree temperatures will settle in for the rest of the week. The only rain predicted are pop-up showers. Hope you enjoy the Fourth of July!

Thanks, George. You too and I am sure you will.

What George said. You are making progress and in time, it will all be done. And it sounds like you've done some pretty enjoyable things.

We're going away for the rest of the week tomorrow, with my cousins in Connecticut, to Mystic and Mohegan Sun (she and Jackie like to gamble), and this year also to see some of the mansions in Newport (she got us on a Downton Abbey-like tour).

Saw two pretty good concerts in the last week (our last until August), first Jackson Browne at the Beacon, then Michael McDonald with Chaka Khan out at Westbury. As is becoming usual for us, we stayed over at a hotel both times - the Residence Inn on Broadway and 54th, and the Long Island Marriott across from the newly renovated Nassau Coliseum in Uniondale.

Now enjoying the hot weather last week (though we just had our first 90 degree day of the year), but it is better now and Connecticut should be more temperate. And the Yankees continue to roll despite all the injuries, including a two game sweep of the Red Sox in London.

We seem to prefer these foreign language shows on Netflix and the British stuff on Amazon Prime/Acorn to the nasty stuff on Showtime. Jackie watched the first episode of CITY ON A HILL and won't watch another. We will keep watching YEARS AND YEARS on HBO (episode two tonight) and (so far) THE ROOK on Starz. If you liked MONK (I prefer the book adaptations), you might look out for PROFESSOR T. on PBS. It is set in Antwerp, Belgium. The Professor is a Monk-like OCD character who a former student brings in to help her solve crimes (this part reminded me of the Eric McCormack series PERCEPTION). The main problem is, the Professor is so shut down that he shows almost no human side, seems to have no friends, doesn't have Monk's amusing personality quirks. Still, it's interesting to see a Belgian show. Also watching DARK and SHTISEL and the others mentioned previously.

YEARS AND YEARS scared me to death. Too much like reality, esp. with Trump bombing China. Will look for the Belgian show. Have fun in CT. Those Newport Mansions are fun.

Adjustments are always hard, Patti, but its good to hear that you are getting out and being active. Friends and family are the greatest blessings.

And what is making me happy? July. July makes me happy. And so does every other month.

Bacause Christina was selling soap at a farmer's market yesterday, we moved out beaching day to Saturday. Fantastic weather. Great waves knocking Jack off his feet. A crab tentatively peeking out from his hole in the sand. Happy dogs romping in the surf and a few dogs (and people) not happy in the water. Went to lunch at a small restaurant that Erin recommended on the basis of their tater tots -- we'll try anything once. The service was poor, the food was delayed and half of it didn't come until we reminded them. The food was not hot. My spoon was dirty and I had to request a new one. The tater tots did not live up to Erin's recommendation. The water view was nice. We laughed a t lot and had a great time but will not be going back there. **sigh**

Jack is becoming more and more of a sweetheart. He'll be seven in the middle of the month. We will enjoy him now before he becomes an angst-ridden teenager.

We'll be beaching again on the Fourth, followed by craft-time, followed by a cook-out. Looking forward to it.

Enjoyed GOOD OMENS. I got Neil Gaiman's script for the series from the library and am looking forward to it. Saw a lot of terrible shows on television this week. Don't these people realize how bad this stuff is before they make it? Luckily my tolerance for bad is very high because I have no taste.

There should be a major culling of the Democratic candidates soon so the remaining candidates will be able to focus on their ideas more. Of course I'll vote for an outhouse toilet seat before voting for Trump, but there are soon very good candidates out there. As for Trump, he continues to embarrass and divide as he deconstructs the America I love.

On the other hand, you are part of the America I love and I hope you have a great week and a wonderful Independence Day!

Agree on YEARS AND YEARS, especially the all-too-plausible Trump stuff, but we will keep on with it for now.

Jerry-You are the happiest guy, I know. I think moving to Florida enhanced it if possible.
I think there are only 5-6 episodes, Jeff. Maybe I can make it through.

That glass show sounds wonderful! The name changing will soon end, not that the utilities care whose name is on the bills as long as they're paid. But the car and insurance, yes.

Nice weather here, but I haven't been able to get out as my left foot swelled up. Probably a spider bite, though I was not aware of it at the time nor can I see it on the foot. Have been icing and elevating and it's slowly getting better. Barbara's knee is coming along great, she was able to go to the mall a couple of days ago to buy new Summer tops while they are on sale. I guess now that Summer is here, the Winter clothes will be in the stores soon, which makes absolutely no sense to me.

Thanks to comments on my blog, I have started to reread the last third of book three in a fantasy series before starting the brand new, just came, book four. Really looking forward to that.

We have had nice weather too although a little hot for my taste. I like it under 80 (and over 60).

I spent a decent amount of time over the past couple weeks worrying about getting the Boy Scout Dunk Tank set-up and staffed during the City's annual Town and Country Days at the end of June. Everything came off okay. The set-up takes about 3 hours and the breakdown took all of 45 minutes. Bonus: I did not have to sit in the tank this year. My wife and I met friends for drinks on Saturday night.

Both children marched with their sousaphones in the parade but I had to be at work all Saturday and could only try to spot them from behind the library's front windows.

I seem to enjoy Wisconsin summers more and more and the summers go by faster and faster. I went swimming for the first time on Saturday, tired quickly, but got about 20 minutes in. If the current rain blows over I'll swim tonight.

We have friends headed your way. Going to Milwaukee, Madison and Dorr (sp?) County. Anything they should see?

See how I put we instead of I. Hard thing to lose.

Saw Yesterday. Lightweight but likeable. First movie I've seen in weeks. Haven't been doing much of anything except reading lately. Haven't seen Echoes In the Canyon yet. It is on my to see list though.

Late reply: Plenty of things to see in Milwaukee, Madison and Door County. All the usual tourist things are fun.

I do not eat out enough to recommend restaurants for either city. If they enjoy beer there are many small breweries that have started up in both cities. Lake Mills even has a couple small ones. They are welcome to stop by here but I am not particularly interesting.

Door County can end up having a bit more driving than expected. If they want to visit each small town on the peninsula there may be plenty of traffic on some of the two lane roads and through the towns. Nothing onerous and nothing like big city traffic. Just to be aware that travel will not be as quick as it might look. Peninsula State Park has some nice overlooks, walking trails, etc.

A former Lake Mills resident opened a distillery, Hatch Distilling, in Egg Harbor. My wife bought a bottle of their gin and I finished it off. The distillery looks to have a nice tasting room.