Do You Remember When the Mask Was the Main Thing in a Costume? 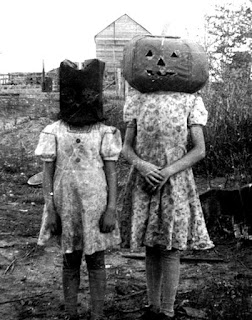 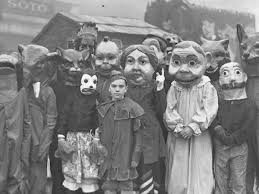 When we were kids we went as Zorro, and the mask was the key element, though the cape and sword were important too, of course.

An eye-patch and a bandana were sufficient: I became a pirate!
Woe to the fool who goes dressed as a clown this year!
Perhaps door-to-door candy-collection will soon go the way of the Packard and Desoto; I think it is time to abandon the tradition because of too many dangers.

I do. All of my trick or treating childhood it was

Yep. The less cumbersome the better, and a mask and some simple bandana or shirt was best.

Yes indeed. But I disliked the mass produced plastic ones we wore as kids in the 60s and 70s. Made your face sweat and got very uncomfortable very fast. I liked it when make-up became the preferred way to get 'dressed up' for Halloween. Then there were the "too cool for costumes" kids who took charcoal and rubbed it on their faces, wore winter ski caps and torn up jeans, and called that a costume. My mother used to see these kids, mostly boys, at our door and say, "What are they supposed to be? Bums?" And my father would burst out laughing.

I remember rubber ones that my friend's mother had in an old trunk. I tried one once but the smell and feel of it were too much. Costumes today are boring and too slick. All super heroes and princesses.

I wonder if Hillary and Trump masks will show up on Halloween...