What Actor Has Particularly Impressed You? 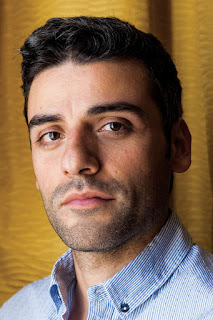 I have seen quite a few films with Oscar Isaac in the last few years. SHOW ME A HERO is his latest role (HBO) and he sparkles. He was also great in INSIDE LlEWYN DAVIS, THE TWO FACES OF JANUARY,  EX MACHINA and A MOST VIOLENT YEAR. He has never played the same character twice. He can be treacherous, sympathetic, pushed to the edge, weird.

Seriously, after watching the last two hours of SHOW ME A HERO. They did.

Who has impressed you?

I agree he did an amazing job in SHOW ME A HERO. He looked eerily like Nick Wasicsko and you'd never know he wasn't from Yonkers.

I'm a big fan of Jennifer Lawrence. She has Star Power. And Chris Pratt morphing into an Action Hero surprised me, too.

Bill Pullman. If he can't do it, it can't be done.

Tom Harding is another great actor.
Also in SHOW ME A HERO, Catherine Keener was excellent.

Keener was nothing like her usual self, and it wasn't just the wig, though that may have helped her with the character. I usually find her samey but not here.

I thought Jennifer Lawrence deserved the Oscar for AMERICAN HUSTLE. She was great.

Colin Firth really stretched his chops in Kingsman: Secret Service. Comically and kicking ass. Delightful movie. I don't see many movies, so some of the actors I don't know, but yes to Day-Lewis, Streep and Lawrence. Too bad Heath Ledger had to check out. His "Joker" was in a class of its own.

I like Colin Firth very much, esp. in his days as Mr. Darcy in Pride and Prejudice.
Love Jennifer Lawrence. Glad she is done with THE HHUNGER GAMES, which was a waste of her talent.

Philip Seymour Hoffmann. Sometimes he was better than others but at his best he was a young Brando.

My favorite Hoffmann role was the CIA guy in Charlie Wilson's War. Hanks did an unusually good job in that one, too.

PSH was only rarely less than great. So sad.

I've been watching Bloodline on Netflix and was really struck by the performance of Ben Mendelsohn as ne'er-do-well brother Danny. I don't think the story would feel as complex as it does without his performance.

How about aerformance of less recent vintage?
James Dean in East of Eden.
The scene in which his father will not accept his money seemed to hollow me out the first time I saw it.

I have one more episode to watch. Tonight. I'll say no more for fear of spoiling it for anyone else.

Oscar Isaac deserves to be better known. He's my new idol among young actors. The contrast between his roles in TWO FACES OF JANUARY and EX MACHINA is startling.

Blown away by Tatiana Maslany in ORPHAN BLACK, too.

I like transformative acting. To me that's what the art is all about - fully creating and inhabiting a character. Actors who play themselves (Hanks, Cruise, Julia Roberts) have never impressed me which is not to say that they aren't good or talented.

Oh, yeah, I forgot to echo that Tatiana Maslany is incredible. Why has it taken this long for her to be recognized by the powers that be?

I hardly ever remember actor's names. I do remember Bryan Cranston on Breaking bad and thought he did very well. I also liked the guys who played Jessie and Hank on that show, but I don't know their real names.

Linda Cardellini is perhaps also underappreciated. And, like Diane Lane and Sela Ward (both likewise in general assessment), she's one of those fortunate people more attractive at 40 than they were at 25 (and none were hard to watch at 25).

Eddie Marsan and, as you mention on FB, Dash Mihok are doing good work with relatively straitened roles on RAY DONOVAN.

Glad to see someone mention Gyllenhaal. He's been getting better and better.

Matthew McConaughey is another one who went from being a pretty face in RomComs to a legit actor.