GHOSTS IN THE VALLEY 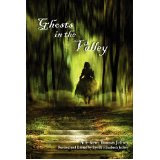 In 1963, my parents decided to send me to a private school. It was there that I became friends with Lynda Jeffrey, a senior to my junior. We were cheerleaders together and spent the next summer living and working in New Hope, PA as waitresses at the Crystal Palace. We shared a small room above a boutique, footloose and fancy free at a young age. Somehow we stayed out of trouble

Lynda was a bridesmaid when I got married. And then, we drifted apart. Communication was harder then. Phone calls expensive. She became a teacher and lived in D.C. I lived in New Jersey and then Michigan.

Forty years went by (although neither of us looks a day older). And then Facebook happened and we reconnected.

One of the best things about having Lynda for a friend in the sixties was knowing her mother. The lovely woman you see in the photograph above was the first real writer I ever knew. She got up each day, went to an office she'd rented for this express purpose, and wrote books. Books that required research. Books that required dedication. And the kind of books she wrote was something pretty special.

Adi-Kent Thomas Jeffrey wrote about ghosts, tracking them down-or at least tracking down the places the 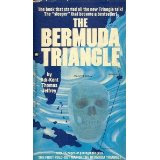 y were spotted, talking to the people who saw them. She was the first ghost hunter I'd ever met. During her lifetime, she published over ten books on the supernatural including, THE BERMUDA TRIANGLE, which came out just as the subject became a hot topic in the seventies. Although that book served her well financially, it was the ghost stories in Bucks County that remained her first love.

Lynda remember her mother saying, "Hurry up and finish your homework so we can get to that seance!" Or "Today we're going to interview a real witch!" These statements were neither ironic nor meant to be humorous. Telling stories was serious business to Mrs. Jeffrey.

The first book Adi-Kent published was pamphlet-like, but despite its modest wrappings, THE GHOSTS IN THE VALLEY sold 40,000 copies in less than a year in the early seventies. Its sequel was equally successful. The town where many of the stories are set, New Hope, PA, is a revolutionary-era village a few miles from the site where Washington crossed the Delaware in 1776. Many of the buildings date from that era too.

New Hope is utterly charming, and it is not hard to believe ghosts beat a path to it along with the tourists who came later. It was the home of James Michener, Pearl Buck, and many other literary figures as well as a host of artists and craftsmen. Marijane Meaker (Vin Packer) and Patricia Highsmith shared a home there for years.

Abbie Hoffman spent his last years here under an assumed identity. New Hope was an artist colony, tolerant of alternate life-styles long before most places. A good place to hide out for Abbie or for ghosts.

As interest in her books grew, Adi-Kent designed a ghost tour that still exists twenty years after her death. She was its first tour guide, in fact, because her oral story-telling skills equaled her written ones.

inging her candle-lit lantern and looking like the New York city model she once was, my mother would lead people through the shadowy streets and darkened alleyways of New Hope regaling them with one ghost story after another." Lynda Jeffrey Plott

Adi-Kent Thomas Jeffrey's books about the ghosts of New Hope: GHOSTS IN THE VALLEY, MORE GHOSTS IN THE VALLEY, and HAUNTED VILLAGE AND VALLEY are available online and in Farley's Bookshop in New Hope, PA. Farley's is almost as magical as Adi-Kent. They provided the books at NOIRCON last year and became part of the conference. 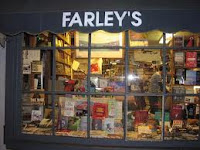 When Adi-Kent Thomas Jeffrey died, she left it to her daughter, Lynda Jeffrey Plott, to continue the task. Lynda kept that lantern alight by finishing the trilogy, through ushering in new editions, and doing interviews about her mother's work.


My favorite quote about Adi-Kent Thomas Jeffrey came from Sonya Hamilton at WBZ-TV BOSTON. "Looks like an angel. Writes like a witch." Indeed!

She was an inspiration to me and to all who knew her. Check out her delightful books.
Posted by pattinase (abbott) at 7:07 AM

Patti - What a wonderful story. And I love the way Facebook has connected me with people from my past, too :-). I'm going to have to check these books out.

A very nice piece, Patti. I remember The Bermuda Triangle - just the thing I was gobbling up in my early high school years.

The first writer I ever met was an elderly lady named Bluebell Phillips, author of Adopted Derelicts, dealing with her experiences as the wife of a prison clergyman. There were other books in her bibliography, but this one, published by pre-romance Harlequin, was the one that captivated. IAs a young pup, I remember being so impressed by the fact that she was a published writer. Now I find myself wondering whether only children who hold literary aspirations of their own feel this way.

Thanks!
I think you have a good point, Brian. Even then I was scribbling poetry in a black book I have today. Horrible maudlin stuff about death, of course.
But to me, the idea of going off to your own office to write and tracking down stories was amazing at 16.

I think our youthful fascination with writers and writing is why we do what we do today. Great story.

I think it might go a bit deeper than that, Charles...but the attraction of the vocation is strong to a certain youthful midset, and good examples never hurt.

Damn, but that first photo of elder Jeffrey looks like my mother at a similar age and in similar spirits.

Even where charming, of course, my lack of sympathy with the notion of True Ghost Stories would tend to cut my enjoyment of her work. But I'll bet she's a lot better read than Charles Berlitz.

One of my sisters roams arouund there, I'll let her know.

I read The Bermuda Triangle in the 70s and would discuss it and related matters with schoolmates -- how cool! I remember we talked about the "Men in Black" and "Mothman" etc. "An unemployed Swedish milkman . . ." Ghosts, seances, and more. Actually, we still do from time to time. . .

Actually several reviewers pointed that out, Todd. That she didn't have an ax to grind but just told the stories of the various events there.

I used to read Suzy Smith's true ghost story books when I was a kid.

I enjoyed reading about this woman. All the talk of New Hope brought back a rush of memories of going to college in Pennsylvania, visits to Bucks County, and summer trips to the Poconos.

My first author meeting was when I was in 5th grade. One of my fondest memories of an otherwise horrible childhood. I tend to agree with Brian about authors making an impact on children who are either obsessed with books or dream of writing books one day.

Reminiscences make for great stories. Thanks Patti, for going down memory lane and coming up with this lovely story. I'll have my Forgotten Book ready later today which is Friday evening (IST).