Really like The Housekeeper and the Professor. It's the same author who wrote The Memory Police. Borgen is very good but I am using the dubbed version. It is just easier for me not to have to read subtitles right now and the dubbing is excellent. Also enjoying The Split on Hulu.

VanDerValk was good but not at all like I remember Love in Amsterdam. It's a lot edgier than the typical fare on Masterpiece. Always enjoyed Nicholas Freeling.

Watched MISMATCHED on You Tube last Sunday Night. I don't get as much out of it as I should because I don't get to see that many Broadway shows. It was fun though seeing some live performances. The idea is the performers sing songs they wouldn't normally sing in a musical. Mostly men sing songs women sang and vice-versa.

I Know Where I Am Going,  is such an unusual film I won't bother describing it but it's on Criterion if you want to dabble with true originality.

Boy, Schitts's Creek really cleaned up on the Emmy's.  Such a contrast between Succession about a family that is all bad and Schitts Creek about a family who learned to be good.

What about you, guys? 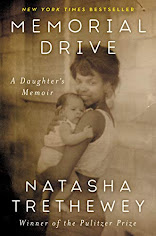 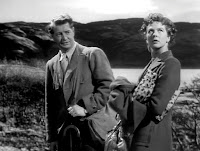 This week I read some short fiction from Angela Slatter and No Room In the Morgue by Jean Patrick Machette.
Liked the first episodes of Van der Walk. Good but not Great.
I was also very impressed with The Devil All the Time which is on Netflix. Based on the novel by David Ray Pollock.

Whoops. The last post should have been under my name Steve Oerkfitz.

I've been wondering whether the Van der Valk series was good, Patti. I did like the books, but hadn't decided whether to watch the adaptation. Glad you enjoyed what you saw.

I watched I KNOW WHERE I'M GOING back in the '80s. Liked it a lot. This week we finished our Chadwick Boseman retrospective with his first starring role, as Jackie Robinson in 42. Also watched (re-watched in my case) MONTEREY POP. Most are dead 53 years later - all of the Mamas & Papas except Michelle Phillips (not yet blonde then), Janis Joplin, Jimi Hendrix, Bob "Bear" Wilson and Alan Hite of Canned Heat, Ravi Shankar (granted, he was 92), Paul Kantner and Marty Balin of Jefferson Airplane, Scott McKenzie (vocal only), Hugh Masekela, Keith Moon and John Entwistle of The Who, and Otis Redding. Maybe it would have been easier to list who isn't dead.

We tried Van Der Valk, but despite Amsterdam we couldn't get through the first episode. Hated Marc Warren, who was not the Van Der Valk I remember. We also quit the Lovecraft after the third episode. Besides the shows we've been watching, we added a couple Jackie wanted - THE BOYS (Amazon Prime; not your ordinary superhero show) and WE HUNT TOGETHER (there was enough in the first episode I liked to try a second, but we'll see). And a NY Times rave finally got us to try the very funny DERRY GIRLS (on Netflix). You can always use a laugh and now it is particularly useful, and we are always looking for a half hour show (we have SRUGIM and RITA) to fill in time. Recommended.

Yes, I liked DERRY GIRLS too. Especially the nun.
Afraid the Pollock will be too violent for me based on my reading of Knockenstuff.
I'll report again after the second ep, Margot.

Just kind of sitting it out, reading short stories and trying to keep my blood pressure down by ignoring/avoiding news and politics. Air quality here has slipped back to Unhealthy level, so no going outside, even to the garden. Watched two episodes of BARNWOOD BUILDERS last night, read in the newspaper this am that Seahawks won.

I forgot about DEVIL ALL THE TIME premiering and will have to watch. I started rewatching 30 ROCK on Prime.

Boy #1 and I spent Saturday night camping by LaCrosse, WI to bike ride on Saturday. Was awoken at 2AM by camping neighbors have a drunken row.
"I'm calling the cops."
"Go ahead call the cops."
"Fine. I'm calling the cops."
No one called the cops and one guy spent a lot of time talking down the angry guy. Since I was unable to sleep I messaged my wife at 2.30AM telling her I was happy we are not nuts and dont live next to nuts.

I did start a James Bond novel by William Boyd over the weekend, SOLO. I got into the story right away. So, as the directive goes "Every reader his or her book. Every book a reader", pandemics just make the match more difficult.

I understand how you feel about subtitles (and at times I could have used them for DERRY GIRLS), but in general we prefer subtitles as they assure we are paying attention.

There's a little bit of Fall in the air here in Western NY. We hit the 30s last night. We're supposed to warm up to the 70s by the weekend.

Diane and I have been catching up with programs we recorded on our DVR. Many of them were Diane's HALLMARK movies.

The Buffalo Bills won in the Miami heat yesterday. Monday's are always easier to take when the Bills win.

Someday maybe the Lions will win.
YOu may have a point, Jeff. It does make you bear down or get lost.
We had quarreling neighbors early in our marriage. One of their fights was over who would take out the trash. THe other over whether he could park his motorcyle in the living room at night. We play pinochle with them anyway though.

I get emails/texts/calls all day long from people telling me the bad things that are happening. So it is very hard to avoid.

Still reading the Gladys Mitchell mystery, LAURELS ARE POISON (it is a group read spread over 4 weeks). I am also reading THE BEAST MUST DIE by Nicholas Blake. Otherwise, everything is about the same. I overdid gardening yesterday and taking a rest today.

We have started the 5th season of SHETLAND. Still haven't watched the last season of BOSCH, but we will. Mostly watching PERSON OF INTEREST and NCIS (season 14).

I regret not watching PERSON OF INTEREST. It is probably too late to start it now.
I loved the Nicholas Blake series although I remember little. Nigel Strangeways?

Yes, Nigel Strangeways. I read some of the books when I was younger and started reading the series again in the last few years.

We have only watched the first episode. This season seems very intense... and I love the beauty of the scenery.

I can't remember where I stopped with Shetland. I have to stop switching from Acorn to Britbox.

Apparently there are seven seasons.

I mostly ignored PERSON OF INTEREST while it was on, though would occasionally catch it in part because it was one of those series with particularly attractive women, even more than the usual H'wood standard, actors of talent as well doing what they could to help make the proceeding entertaining (Sarah Shahi alone is enough to get my attention...she's better--impressive as hell, in fact--in CITY ON A HILL, and was able to show a bit more range in LIFE, but she've very good in POI. I've been catching stacked repeats on WGN America, mostly. It's almost always pleasant, if somewhat grim in tone (pleasantly grim). I don't think you'll run out of time with it before you finish or run out of interest.

Catching a lot of NEWSRADIO again...Paul Simms's first major tv work, well before what he's doing now with WHAT WE DO IN THE SHADOWS.

BORGEN with subtitles was good for me not only to hear the cadences of Danish, but it was amusing to hear the various times it becomes useful or necessary for the Danish PM and her fellows to start speaking English.