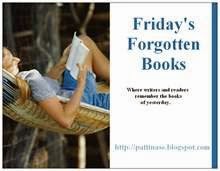 Ed Gorman is the author of the Sam McCain and Dev Conrad series as well as dozens of other books. You can find him here.

AUDIOBOOK: SELECTED SHORTS: WHODUNNIT (Patti Abbott)
The six stories, each about thirty minutes, in this audiobook entertained us on a drive last week. DISC 1 has stories by Dashiell Hammett and C.S. Montanye, both disappointing. The second disc had stories by Ed McBain and Louise Erdrich, both good. But the third was the winner with a fantastic story by Shirley Jackson and another by Nadine Gordimer (Country Lovers)

The Jackson story, THE SUMMER PEOPLE told the story of a couple who decide to remain at their summer cottage a month longer and the fate that befalls this decision. Jackson uses the trivial and banal to great effect until she zeroes in in the horrific. Just makes the hair on your neck stand up.

All of the stories were apparently read to a live audience and recorded as part of a series. The readers were all good but there was a distance between you and them that the average audibook doesn't have.

Best line though. "Why don't we kill somebody?" she suggested. She was a blond, of course, tall and willowy. From McBain's "IMPROVISATION".

Like the sound of the Jackson story very much - thanks Patti!

Come and Be Killed! by Shelley Smith

"The Summer People" was the first Jackson story I read, unless it was "The Lovely House"...pretty close to a tie! I would've been 9yo, which is getting to be some time back...

Todd Mason said...
This comment has been removed by the author.
1:28 PM

I do wonder which Gordimer...

And mine, inspired in part by the Jackson and my memory of it, is now up. Thanks!


C.S. Montanye’s "A Shock for the Countess"
performed by Fionnula Flanagan
Intrigue in the alps in this clever tale of a jewelry heist

--yup, "Country Lovers" is pretty impressive, all right. Don't think I remember "The Creeping Siamese" at all, by title at least.