HOW I CAME TO WRITE THIS BOOK-Bill Crider 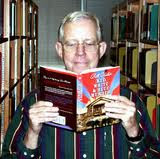 How I Came to Write Murder in the Air. 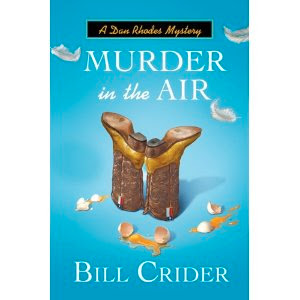 It was easy. Whenever I finish one book, I start thinking about what I might do next. My brother is often a source of ideas, and he suggested this one. He lives out in the country near our hometown, only a short distance from a factory chicken farm. He says that the place has had a serious effect on his quality of life. Not a good effect, either. The stench is bad enough, but he believes the air has affected both his own health and his wife’s.

What I’ve said about those farms in the book is pretty mild compared to the reality that he describes. He’s spent much of the last five years writing letters to the editor, to various county and state officials and air quality boards, and to anybody else he can think of. Not that it’s done any good. So he said to me one day when I was visiting him, “You ought to write a book about these chicken farms.” That clicked with me, and after I thought it over for a while, I started writing Murder in the Air.

There’s a lot more in the book than chicken farms, of course, but that conversation with my brother is where it all started. Come to think of it, a lot of my books seem to begin that way, with some remark a member of my family or a friend has made. I don’t think I’ll tell them, though. They might start thinking they deserve a cut of the advance.

Bill Crider is the author of MURDER IN FOUR PARTS, OF ALL SAD WORDS, MISSISSIPPI VIVIAN, and A MAMMOTH MURDER. He's also the editor of DAMN NEAR DEAD 2, debuting this week at NOIRCON.

If you have a book coming out you would like to write a piece about, please email me.

Labels: Bill Crider, Books, How I Came to Write This Book

Patti - Thanks for hosting Bill.

Bill - Thanks for sharing your story. I also often get writing ideas from family members, so it was really interesting to hear about how your brother's experience led to your book. I wish you much success with it.

It's always fun to hear Bill Crider talk about writing. I admire his work ethic: as soon as he finishes one book, he's thinking about the next one.

What an interesting - and scary! - backstory.

I hope your brother doesn't take the same actions as the character in the book, or at least I hope he doesn't get caught if he does.

Good stuff. The Sheriff Rhoades series is absolute fun to read (as was Murder in the Air).

Cool, I worked a lot in chicken houses as a youngster but I never thought of setting a novel in relationship to them.

I'm still waiting for the book Bill was born to write - about Paris Hilton being menaced by gators.

Hey, that RED< WHITE AND BLUE MURDER that Bill is holding in the picture was dedicated to yours truly!

We can only hope the chicken house practices have changed since then.