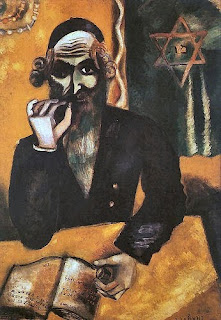 TREME is the new David Simon (THE WIRE) series that debuted on HBO this week, Set three weeks after Hurricane Katrina in New Orleans, it looks (fictionally) at the lives of a disparate group of people who have stayed or are returning to the city. Its focus is on these intersecting lives, with special attention to the music of New Orleans. Its opening sequence was all music as a parade took shape among the downtrodden musicians.


Although the entire first episode of TREME was fabulous, the first sequence may have been the most amazing ten minutes I have ever seen on television and possibly even in a movie.

WOW. David Simon is a genius and we are lucky he is happy to play on the small screen.
Posted by pattinase (abbott) at 9:10 AM

Didn't watch it yet. Can't wait.

Wow, that's a pretty big comment in support of the show. I'll have to check it out.

Yikes! And me without HBO.

OOH! Sure I'll get to see it some time this century!

It's times like this I wish I had HBO.

I can't say I was quite as enthusiastic as you were, but I did enjoy it and look forward to seeing the rest. But I'm seriously beginning to wonder what the hell is going on at HBO. Couldn't they have waited another week or so and put this into the friendlier 9:00 time slot after "The Pacific" was over? Don't they want people to watch it? And this coming after they stupidly squashed "Big Love" into nine episodes this year. I'm certainly glad my cable company has On Demand.

MP - we watch most HBO and Showtime stuff On Demand these days too. We're catching up on TARA on Showtime at the moment.

This sounds a bit like THE WIRE in New Orleans. I'll check it out.

I couldn't live without ON DEMAND and the DVR. The number of commercials has just ruined most dramas now.
I am very happy to have a show I like that doesn't center on crime. Music and New Orleans-what could be better? I like crime but there are way too many crime-oriented dramas now. Yeah, the 90 minutes at ten on a Sunday night was off-putting.

yes, but the focus is not on crime so far.

I dumped HBO after GENERATION KILL, when I realized I was paying about $4.50 an hour to watch television. (I didn't really watch anything but THE WIRE, THE SOPRANOS, and DEADWOOD.) I'll have to catch TREME and THE PACIFIC on DVR.

Simon is uniquely suited to HBO's brand of television. His novelistic style needs more time than a movie can deliver, but he covers his topics in such a manner that commercial television can't handle him.

I think you nailed it, Dana.
yes, it is too much because we absolutely never watch the movies. They have horrible movies.

Never heard of it, have no idea what you're talking about here. "Treme?" What's a treme?

No extra-cost, super-duper channels here, just the regular old $100 per month basic cable with about 70 stations (a third of which are in languages I don't speak or understand). So, whatever a treme is, I guess I'll not see it in action.

Treme (two syllables in a Creole manner) is a neighborhood in New Orleans, Rick, as you might've gathered...the first non-Baltimore production from David Simon of HOMICIDE/THE CORNER/THE WIRE fame.

The series is set several months after the levee collapse...and since I'm away from home catsitting for my ex-housemate, I haven't seen it yet (she has a mildly barebones DirecTV package...though with IFC...I think they're stiffing her the Showtime/Movie Channel/Sundance she ordered and suddenly didn't have when she left for a tour of China).

Some of the films on HBO aren't too shabby, but I do watch more of them on HBO Signature and HBO Comedy than on HBO prime. As I overpay for Comcast, and consider my options.

Thanks for the explanation, Todd. Appreciated.

I'm hoping Netflix will stream it at some point.

Tre-MAY (the pronunciation) is just north (I believe) of the French Quarter in New Orleans, Rick.

We'll be there (New Orleans) two weeks from tomorrow for Jazzfest and an eating binge.

They are showing it on HBO Canada several times this week, but usually late at night. I've got it on my PVR and will watch it on the weekend.

Lucky Jeff.
Hope you like it as much as I did, Kent.

HBO has announced they are buying a second season, at least.