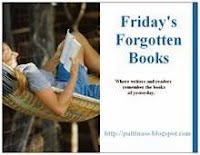 
There are so many twists, turns, starts and stops in Lemons Never Lie by Donald E. Westlake as Richard Stark that the novel becomes a kind of a crime picaresque filled with mugs, thugs, killers, victims and Parker's redoutable thespian friend, Alan Grofiled. There's also a lot of notably brutal violence.

Lemons Never Lie is Westlake at his very best. While there's a screwball comedy-feel to some of the misadventures, the unrelenting violence reminds readers that the Richard Stark is the master of the hardboiled. The masterful plotting, the wry way the genre cliches are turned inside out, and the earnestness and humanity of Alan Grofield make this a pleasure from page one to the unexpected ending

Ed Gorman is the author of the Dev Conrad series of mysteries. The newest one FLASHPOINT. 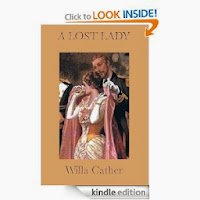 When our protagonist meets Marion Forrester, she is years younger than her prominent husband. They live in Sweet Water, a town expected to thrive due to the railway. A young neighbor, Niel Herbert, become infatuated with her and she allows his infatuation. But before very long, the fate of Mrs. Forrester turns sour and young Niel is simply too inexperienced to see her clearly and believes the worst of her. Because he never understood her situation, he is unsypathetic to her fall from grace. Years later, he is finally able to understand her.

A beautifully written book and portrait of a complex character.

Lemons never lie is a really awful title for a book it seems to me. Sounds like it's a good one, though.

"Lemons" is the only one of Stark's Grofield books that's really set in the Parker universe. The others start out there, but they're really comic adventures as much as crime novels.

There really are some great exchanges in Lemons. When Grofield, not a violent man, buys a gun from another criminal, he explains, "I have to drum someone out of the corps."

Patti - Thanks as ever for including my post. Some great links here!

The Detective Novels of Harriette Ashbrook

Why did I think Westlake wrote humorous books? This sure doesn't sound humorous at all!

He writes darker books under the name of Stark.

Or, sadly, wrote his more relentless and less sardonic ones as Stark (and his goofy ANARCHAOS as "Curt Clark" and a very curt clerk he was there).

Thanks for leaving a space for me, so that I could post some more reprinted reviews piled high...but Bill's good review of HELL CARTOGRAPHERS not only made me want to dust off mine but also reminded me how little I'd done to eulogize Frederik Pohl...and still how little I've done yet. Oddly, my parents crept into those reviews, too. How 'bout that.

HELL'S CARTOGRAPHERS and anthologies from IF, TRIQUARTERLY and Missionary Work to challenge the reader...