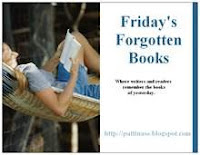 Edward Pettit is a freelance book reviewer whose reviews have appeared in publications such as The Philadelphia Inquirer, the Chicago Tribune and the Philadelphia City Paper. He had written extensively on George Lippard and Edgar Allan Poe, instigating the so-called Poe Wars. Find him at http://omnigatherum.com/
THE QUAKER CITY, or the Monks of Monk Hall by George Lippard.

In the Fall of 1844, a young Philadelphia journalist, George Lippard, began a weekly serial
in the one of the city's newspapers. The story, entitled The Quaker City; or, the Monks of Monk Hall, was such a hit that when published became the best-selling novel in America until until Harriet Beecher Stowe's Uncle Tom's Cabin.

The Quaker City is a chaotic novel, set in Philadelphia in 1842. It's sprawling,
sensationalistic plot hinges on the evil denizens of a secret club, The Monks of Monk Hall,
who gather every night in a decrepit mansion in the Southwark section of the city.
But inside the walls of this house lurk all the horrors of the modern age. Vice and crime, rape and murder are perpetrated on a nightly basis. Monk Hall contains a tower and has three levels
below its ground floor, including a crypt, and, deepest of all, a dark pit, into which bodies
fall through trap doors, never to be seen again. Lippard takes all of the conventions of the
gothic novel, all of them— a decaying castle/mansion chock full of secret, labyrinthine passages,
trap doors and underground pits for prisoners, cackling torturers, sorcerers, innocent damsels
about to be ravished, evil "monks"— but doesn't give them the usual medieval setting for a gothic novel. Instead, he drops them right down in the midst of an urban Philadelphia in 1842.
Characters not only plot murder and are, in turn, murdered, but even the living walk
around with death-like visages, pallid lips, vacant stares, driven mad by the madness
that spirals around them. Philadelphia is a city of night, under a sky of doom.
Lippard writes about “Death-Angels, sent forth to dip their raven wings in blood.”
And then there is Devil-Bug, the monstrous porter of Monk Hall, a huge, misshapen,
troll-like man, who guards the door and the secrets of the club. Lippard paints him as a
vivid grotesque creation of "Satanic majesty" with a Quasimodo-like face, prodigious strength and wicked cunning. No one fools Devil-Bug and few survive his wrath.

The central plot of the novel concerns the rape of a young society girl, Mary, by a rich ne'er do well of the city, Gustavus Lorrimer. Lippard based this story on a sensational murder that had electrified the city just a year before, in 1843. Mahlon Heberton, a young man from a wealthy family in Philadelphia, had seduced (the 19th century euphemism for rape) another young girl of a reputable family, Sarah Mercer. When Sarah's brother, Singleton, found out, he hunted Mahlon down, finally catching him on a ferry escaping to Camden. Mercer fired four shots
at Heberton; the first probably killed him. The trial of Singleton Mercer made news across the country; it was a blockbuster media event of its time. And most surprising is that Mercer was acquitted of all charges. Such was the heinousness of Heberton's crime against Sarah, the jury found Mercer justified in taking action.

Lippard changes the names of the protagonists in his novel, but the bare bones of the story
are the same and his audience recognized the players in The Quaker City. However, Lippard
hasn't created a simple story of good guys and bad guys dueling over a pretty damsel in distress. His heroine continues to love her seducer, even after she has been disgraced and scorned by him. The brother in the novel is complicit in his own sister's seduction (although he doesn't know her identity at first) and has himself

The Quaker City was well-read, but also sorely criticized as lascivious, lurid entertainment,
the pornography of its day. And truth be told, Lippard never misses an opportunity to describe
a naked, heaving, snowy bosom, the more plump the better. According to one critic in 1849,
Lippard was either a "constellated lamp of learning" or a "brilliant satellite of sin." Lippard saw himself as the a firebrand, exposing corruption of all stripes, was branded the corrupting influence.

At the center of The Quaker City, Devil-Bug, who has been beset for years by hallucinations
of his murder victims, has a dream-vision, a waking-dream of the apocalypse. He envisions the city of Philadelphia in the far-off, future year of 1950, in which he stands in the ruins Independence Hall. A monstrous royal palace is rising next to it. The greed, corruption and vice have slowly created a Sodom of Philadelphia. A fleet of coffins come floating down the Delaware River, the corpses rising in them to point their accusing fingers at the city before clashing together in a thunderous naval bone-battle. The earth trembles, blood flows in the streets, the dead rise from their graves and all is lost.

Crime and zombies? You can’t beat that.
Posted by pattinase (abbott) at 2:00 PM

How have I never heard of George Lippard or his book? I specialized in Gothic and sensationalist literature, both American and British, when I was a college lad oh so many years ago. The Chicago Public Library has a copy and I have just reserved mine. Can't wait to read this book. It's right up my alley.

I knew rerunning these early choices would be a good idea for someone. Glad to hear it.

Patti - I think it's great that you're re-sharing these posts! I can't believe you've been doing this for five years - amazing! Thanks for sharing this one.